The Hampton Roads Chapter was formed in 1992 as the South Hampton Roads Chapter. It draws its members from a wide geographic area, including Newport News and Hampton on the Peninsula, as well as Virginia Beach, Norfolk, Chesapeake, Portsmouth, and Suffolk on the Southside. The Chapter's goals include providing members with enhanced benefits such as increased opportunities for networking, referrals, and social interaction with peers and members of the judiciary. 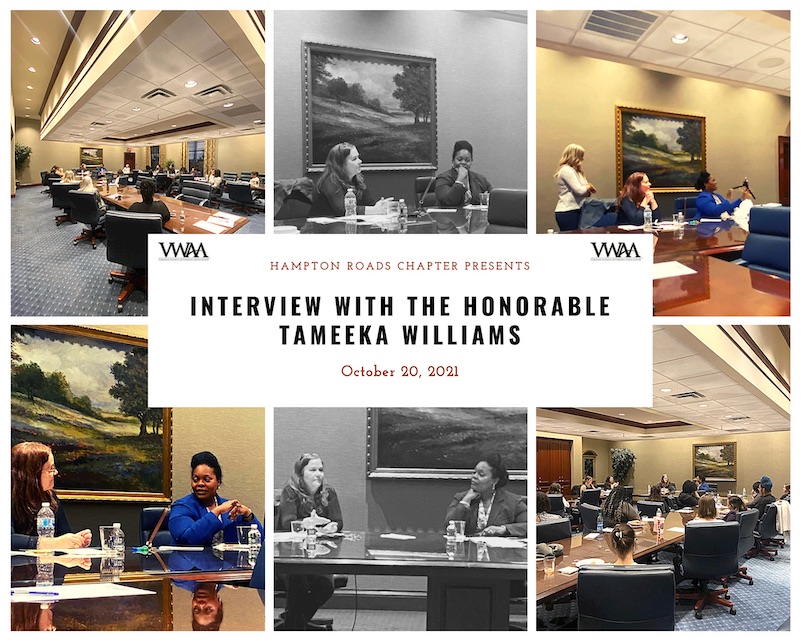 On October 20, 2021, we had the pleasure to honor, celebrate, and learn from Norfolk’s newest General District Court Judge, and our very own, Hon. Tameeka Williams.

It is with great joy that we celebrate our members’ successes, and encourage women attorneys to strive for success in both personal and professional life. 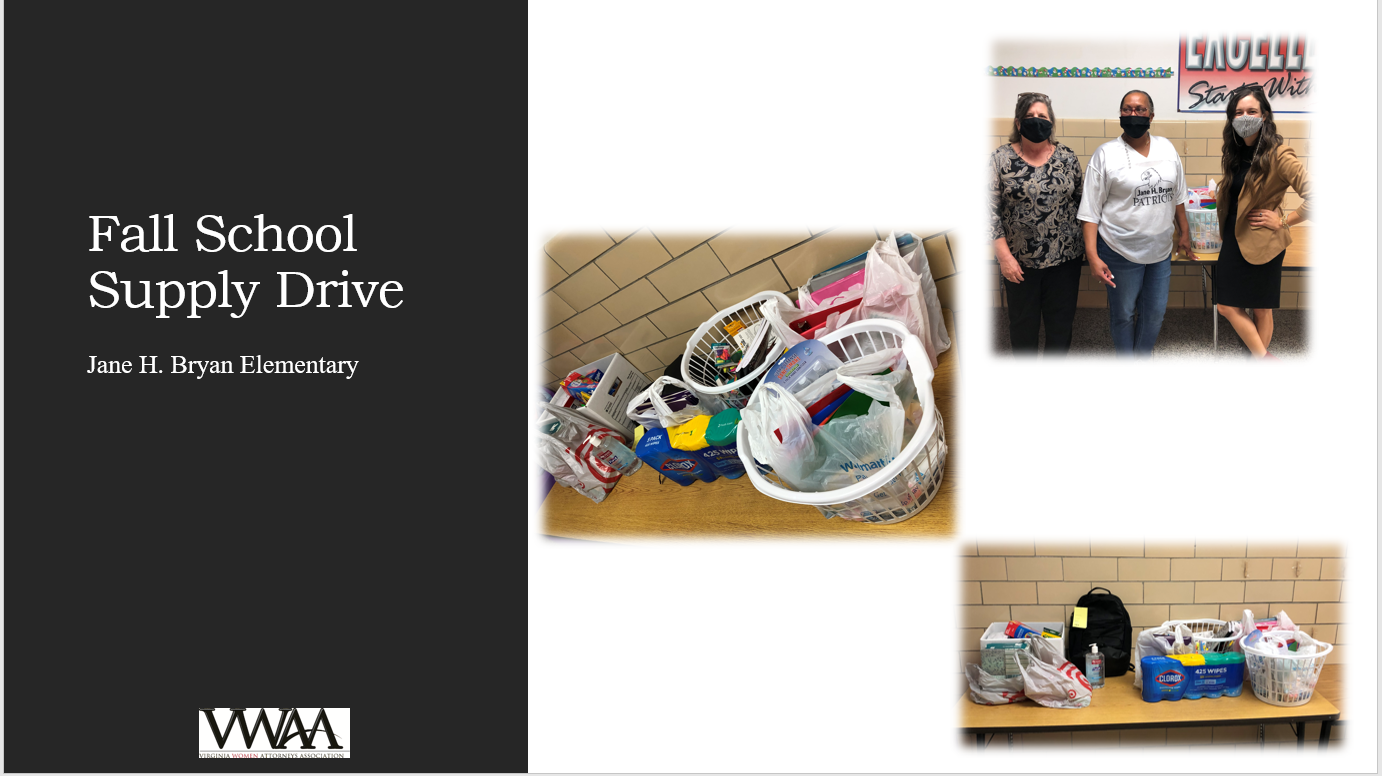 On September 17, 2021, we dropped off the contributions from the school supply drive at our fall kick off! We are honored to have benefitted Jane H. Bryan Elementary in Hampton, Virginia.

Please join us in welcoming and congratulating our 2021-2023 Board! We are grateful for their service and excited for what’s to come. 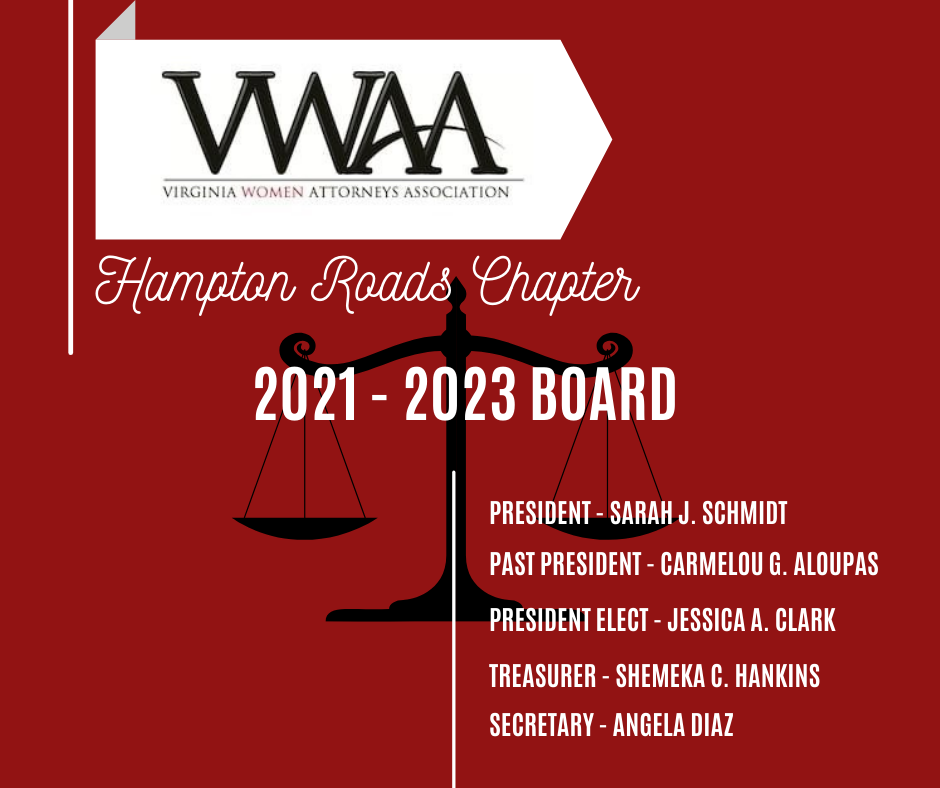