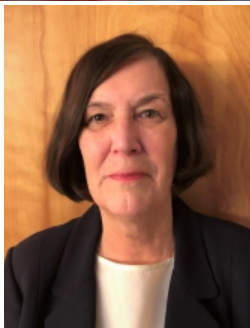 It is with sadness and abiding gratitude that the Virginia Women Attorneys Association wishes to honor the life of Betsy Sue Scott, one of our most committed members and leaders.

Betsy Sue served as Secretary of the VWAA from 2013-1014, President-Elect from 2014-2015, and President from 2015-2016.  She remained an active and committed member of the statewide Board of Directors after the end of her presidency until the present, serving for many years as Chair of the Membership Committee. Most recently Betsy Sue participated in the Board of Directors September 2022 quarterly meeting  where, as always, her contributions were insightful  Betsy Sue previously served as President of the Loudoun Chapter of the VWAA and was a loyal supporter of the Chapter.

Betsy Sue was one of the original incorporators of the Dames Foundation, Inc., a 501 (c) 3 organization founded in 2016 towards the end of her presidency of the VWAA. The mission of the Dames Foundation is to expand, through philanthropy, the professional development, public policy, and educational work of the VWAA. At the time of her death, Betsy Sue was the Foundation’s Vice President, Registered Agent, and an essential member of the Board of Directors.

Betsy Sue received her bachelor's degree in Political Science and French Literature from Hamilton College in 1972, and her law degree from the Cumberland School of Law at Samford University in 1976. She worked for Manufacturers Hanover in New York and then First Virginia Bank in Northern Virginia. She later joined the U.S. Department of Labor where she worked in the regulation of pension funds, and then joined the U.S. Treasury Department’s Office of Foreign Assets Control, serving as its head of the Civil Penalties Division and Sanction Advisor, advising many different agencies on economic sanctions. She entered private practice in 2006 handling estates and trust as well as mental health and capacity issues. She was certified as Guardian ad litem for incapacitated adults and served as a Special Justice in civil commitment cases in Loudoun County. Her compassion and advocacy gained her the respect of all who knew her in her role as Guardian.

Betsy Sue made a lasting impression on all those who knew her. She was sharply intelligent, disciplined, and utterly committed to the causes she cared about including the VWAA and the Dames Foundation. Betsy Sue’s counsel was frequently sought by leaders of the VWAA, who valued her wisdom and institutional knowledge, and her command of the organization’s bylaws. After news of Betsy Sue’s sudden passing, VWAA members shared personal recollections of her impact. She was described by members as “amazing to work with,” “a wonderful person” and many noted that it was a pleasure to get to know her through VWAA. Several members said they had joined the VWAA or become more active due to Betsy Sue’s encouragement. She was valued as a mentor and someone who always took the time to offer support.

Betsy Sue died after a brief illness on September 25, 2022. She is survived by her husband of forty-one years, Thomas J. Scott of Great Falls, Virginia, three children, and countless admirers.