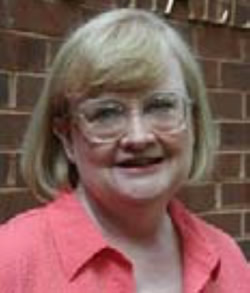 Marni E. Byrum, with McQuade Byrum PLLC, a former President of the VWAA (1988-1989) commented, "One of the things I admired about Renae was that she had this innate sense of what needed protecting and always came to the assistance of those who could not protect themselves. To paraphrase Eleanor Roosevelt, nothing really matters but the satisfaction of knowing that you stood for the things in which you believe, and have done the very best you could. That, to me, is the epitome of Renae."

We suspect that while there may well be others whose length of service in legal aid matched Renae's, there likely is not anyone who worked in as many different legal aid offices. Renae served as a staff attorney with the Legal Aid Society of the New River Valley in Christiansburg; a staff attorney for the Legal Aid Society of Roanoke Valley (twice); a staff attorney in the Manassas office of Legal Services of Northern Virginia; and Managing Attorney in the Lynchburg office of Virginia Legal Aid Society. At the time of her death on March 3, 2017, just a few days short of her 69th birthday, Renae was the Managing Attorney at Blue Ridge Legal Services in Winchester.

Sharon E. Pandak, with Greehan, Taves & Pandak remembers Renae from her days at the Manassas Legal Services of Northern Virginia office and described her as "a trooper for the disadvantaged! Renae was always gracious even as she was tenacious. A true champion has left us."

Renae was a valued member of the Virginia Women Attorneys Association who served the organization in numerous official capacities including Secretary (1997-1998 and 1998-1999), President (2000-2001), Editor of the Lex Claudia (2009), Continuing Legal Education Chair for many years, and VWAA representative to the Conference of Local Bar Associations (CLBA) for many years.

Renae faithfully attended the CLBA Awards breakfasts held in conjunction with the Virginia State Bar's annual meeting in Virginia Beach. At these meetings, Renae's lighter side was in evidence as she arrived early, donned in the requisite Hawaiian shirt to decorate the VWAA table with palm trees, leis, and hula dancer figures, adding to the collection each year. One year, Renae passed out grass skirts and coconut bras to our members who proudly wore them (over their original outfits) to accept various recognitions at the breakfast. Liz Pendzich of the Law Office of Elizabeth Pendzich, PC recalls those breakfasts, and commented, "Renae was such a lovely woman - and she loved to have fun." Not surprisingly, Renae was a true believer in a lawyer's ethical responsibility to provide pro bono legal services. Although she was not feeling well in October 2016, Renae traveled to Charlottesville to be part of an ethics panel presentation on pro bono service which she championed. One of her fellow panelists, Christine Mougin-Boal with the Laurel Brigade Law Group (VWAA President 2010- 2011), was impressed by Renae's "get to the point and get on with it attitude" which she believes stemmed from Renae's amazing background of public service and her accumulated wisdom.

The other panelist, Maryse Allen, a partner with Compton & Duling (VWAA President 2013-2014) reflects, "Renae and I worked together with Christine Mougin-Boal to present a CLE on pro bono service at the VWAA's Fall Conference and 35th Anniversary last October. As a long time legal aid attorney and board member of the Virginia Poverty Law Center she could have just told anecdotes during her presentation and that would have been extremely educational. But she contributed so much more-guiding our efforts so that all three of us could effectively advance the discussion on the access to justice crisis. At the CLE she spoke eloquently of the plight of the poor and had the moral authority to encourage all present to take on pro bono work to ensure they had access to justice."

Renae's faith-based commitment to serving the poor will continue to be an inspiration to all of us.

WHEREAS, RENAE REED PATRICK was a valued member of the Virginia Women Attorneys Association who served the organization in numerous official capacities including Secretary (1997-1998 and 1998-1999), President (2000-2001), Editor of the Lex Claudia (2009), Continuing Legal Education Chair for many years, and VWAA representative to the Conference of Local Bar Associations for many years; and

WHEREAS, RENAE REED PATRICK, as importantly, served our organization and its members in numerous unofficial capacities including mentor, teacher, ambassador and friend; and

WHEREAS, RENAE REED PATRICK was a brilliant and passionate attorney who served her clients zealously, effectively, and ethically;

NOW THEREFORE, be it resolved that the Virginia Women Attorneys Association wishes to honor the contributions of RENAE REED PATRICK through this Resolution which is to be shared with her family and colleagues and through the donation of five hundred dollars to both Blue Ridge Legal Services and Hospice of the Panhandle.

Approved by the Virginia Women Attorneys Association Board of Directors this 22nd day of April, 2017.